I would like to thank American Aluminum for your support to the Alameda County Sheriff’s K-9 Trial.  This is the final event of the year, which included 10 trials over the season.

Currently, we have several of your inserts in our Crown Victoria’s. Last year one of our handlers was  struck from behind by a speeding motorist. He was hit at speeds over 60 miles per hour, almost at a dead stop.

I responded to the scene and found my partner and his K-9 Frits, were fine. It was absolutely amazing the  integrity and the strength of the American Aluminum insert. I know for a fact that if he was driving a regular patrol car,  he might of died or be seriously injured. The back of the car was pushed up into the insert, due to the severity of the crash,  but the dog was fine, due to the great product you manufacture.

Again, thank you for your support to our association!

I have been a K-9 handler for over a year in a department just solidifying its efforts to establish a K9 Unit. After training with many different Law Enforcement departments and utilizing American Aluminum’s equipment I would like to say the following:

American Aluminum is the best in its class when it comes to superior products for K-9 training. I use their bite suits, narcotics equipment and hot boxes for training with my K-9 and I wouldn’t risk safety and security with anyone else. These products hold up when put to the test and I couldn’t be happier. They understand the demands of law enforcement professionals and have created superior products for our community. The vehicle cage was specially designed by them for my vehicle and was installed with both mine and my dog’s comfort in mind. The professionals at American Aluminum treated me with such great hospitality that I felt more than just a customer; I felt like family. They provide not only the right top of the line equipment, but they also teach you how to properly maintain and care for the equipment. For that, I thank them, and we as a Police Department Community thank them.

American aluminum is first choice when we use our kennels for our work vehicles! Excellent product! Hope to win the collapsible kennel, could really use it for my pup.

Bill, K-9 Dept.Supervisor:  I am sorry I was not able to come back to the shop to allow you to see Mojo. After you put the cage in we picked up Mojo and had to return to Tennessee because of storms, which came into the area and caused a lot of damage. I would like to thank you and everyone who was involved in the donation of of the cage for my department. Because of your generosity our department has a K-9 unit. This unit is something we have needed for a long time. However, because of budget reasons we were not able to start one.

The generosity of American Aluminum has changed that. The cage you have installed shows the great craftsmanship of American Aluminum. I have enclosed a picture of Mojo lying down in the cage. Hope you have a Happy and safe 4th of July. Again, thank you.
Michael Doddo , Hickman County Sheriff’s Department

I have the metal scent boxes with the carrying case. It has lasted for years. I have used it more than any other piece of training equipment. I highly recommend it. 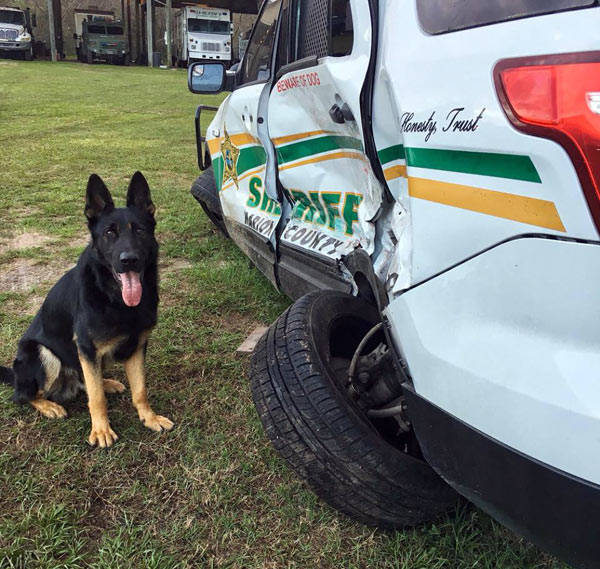 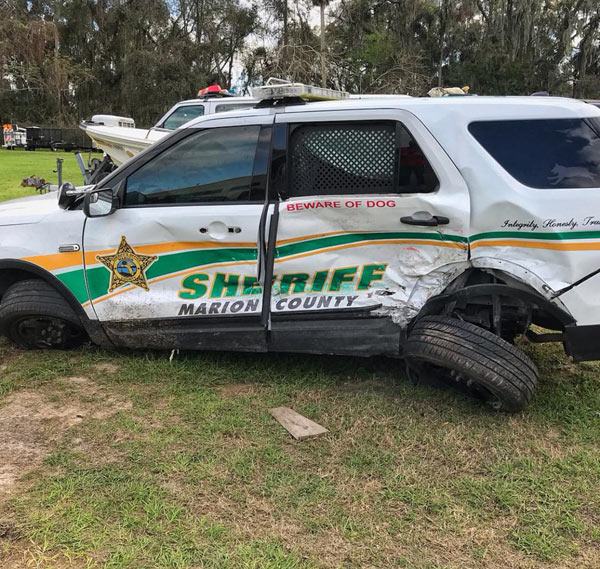 I genuinely wanted you guys to know how grateful I was that your company produces such quality products. I honestly accredit y’alls kennel system as being a big part of what kept me safe during the crash. I’m humbled and proud to represent y’all with such a great product. Now I know he will be safe in the crate at home just like he is in the vehicle at work!